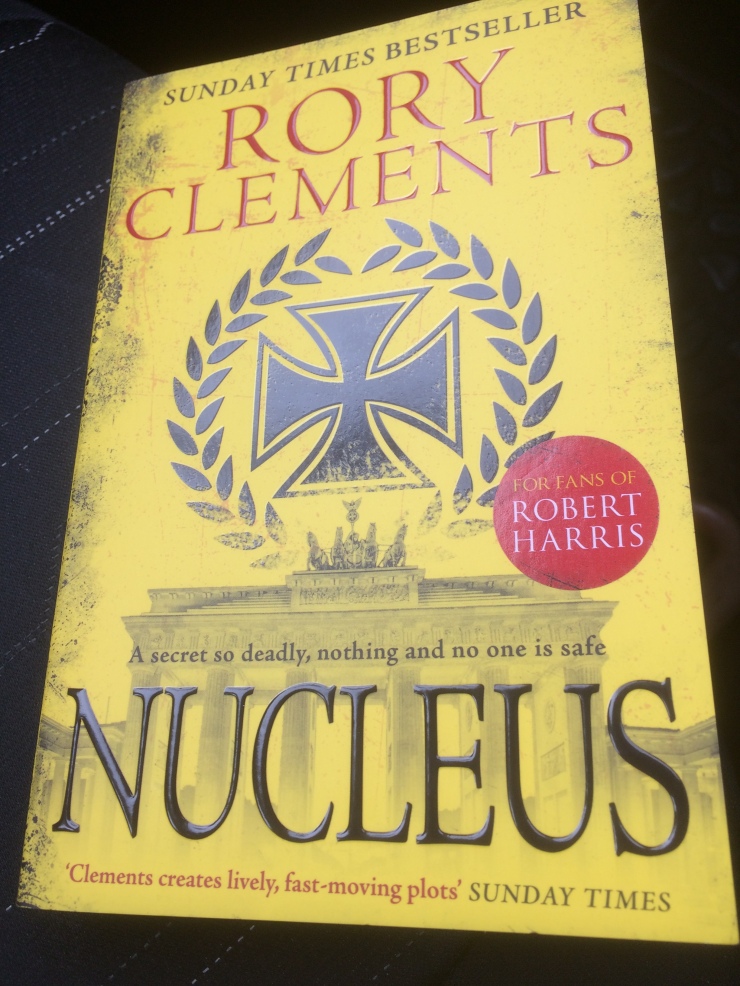 June 1939. England is partying like there’s no tomorrow… but the good times won’t last. The Nazis have invaded Czechoslovakia, in Germany Jewish persecution is widespread and, closer to home, the IRA has embarked on a bombing campaign.

Rory Clements knows how to hook the reader and not let go. Historical Thriller writing doesn’t get much better.

Firstly many thanks to the publisher for a copy.

Rory Clements is one the finest exponents of the Historical Thriller writing today.

Following on from the highly acclaimed Corpus, Nucleus see the welcome return of Tom Wilde, this time set in pre war 1939.

The Germans are keen to win the race for an Atomic weapon and they know that Cambridge’s Cavendish laboratory could also be close. Tom Wilde has recently returned from America where he met President Roosevelt, upon his return one of the of the Cavendish’s leading scientists is killed, at the same time a young German boy disappears. Too say much more would be to spoil the enjoyment in reading what is a wonderfully thought out thriller. There are plenty of intriguing sub plots one of which will see Wildes neighbour Lydia having to go into Germany.

Thanks to the authors writing the main plot and the sub plots are equally paced, integral to each other and beautifully interweave and knit together  to make one satisfying and highly compelling read.

With a wonderful array of characters some of which featured in Corpus and all of which have a depth and soul and are brought stunningly to life on the page.

The plotting, drama and pace of the story is spot on for the times, the action relentless. There are no wasted words or sentences, everything is there to draw the story along to a fantastic conclusion

As with Corpus it doesn’t take many pages to become hooked and drawn into a world of espionage, conspiracy and intrigue, to point that you don’t want to put the book down. Gripping and highly entertaining, this is why i read to read books like this.

Rory Clements has a way of making the pages come alive so much so that you can feel yourself there in the background watching and living the  action first hand.

Overall I found Nucleus to be an even better read than Corpus, so await with great anticipation book 3