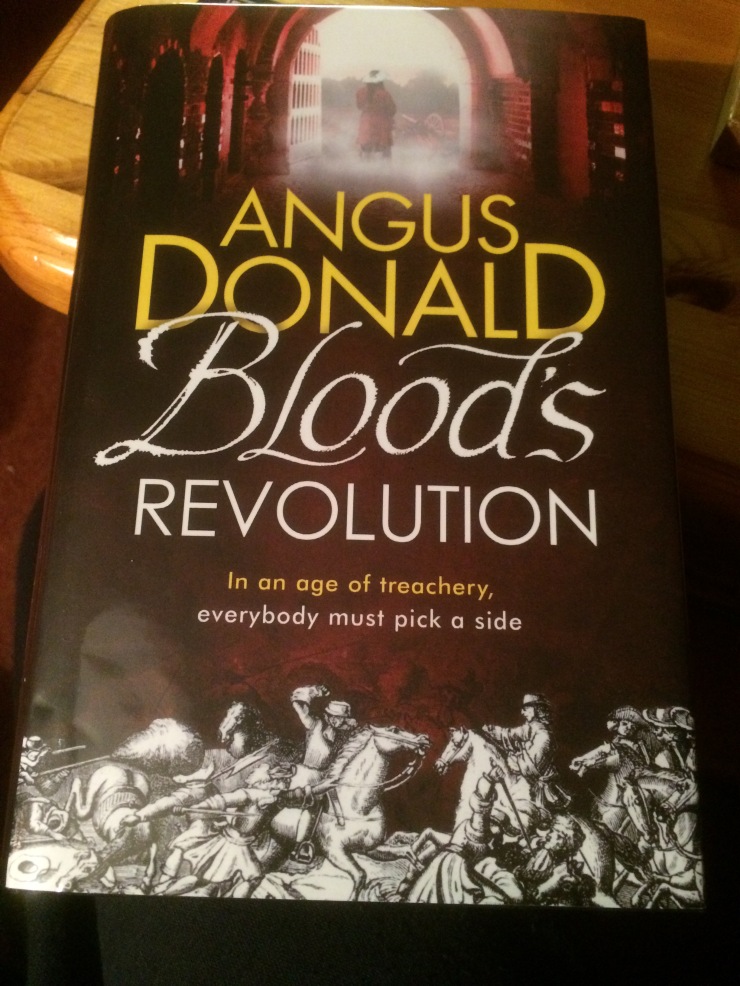 Newly returned from years of secret work for the late Charles II, Lieutenant Holcroft  Blood, a brilliant but unusual gunnery officer in His Majesty’s Ordnance, must now face James II’s enemies on the gore-drenched battlefields of the British Isles.

History brought to life on the page

Following on from the acclaimed Blood’s Game, we find our hero Holcroft Blood now in his thirties and recently returned from France.

King James II is facing an invasion from the Dutch William of Orange, with the French waiting in the wings. As an aside we also have Narrey a French spy who holds a grudge against Blood and who is in London seeking revenge. Can Blood stop him??

Opening with the wonderfully drawn out battle of Sedgefield where Holcroft disobeys orders thus making an enemy of William Glanville and so begins a beautifully told story full of Political intrigue and religious undertones.

Invited by his friend Churchill to a dinner where he meets Lords, the talk is of treason against the King. Blood is loyal to the King, however, he is also loyal to his freind Churchill so does not speak out, will William invade and if so where will loyalties lie,  who can you trust?

To find out read the  book it doesn’t disappoint.

Angus Donald knows how to write Historical fiction with a veritable cast of wonderfully drawn out characters, especially the booming Elizabeth whom for me we could have seen and heard more.

The execution scene is horrifically brutal and gruesome with its sense of realism.

Blending fact with fiction, superbly plotted as the action moves from London to Hull.

Angus Donald writes with a style that makes the reader feel as though you are there on the pages lurking in the background taking in the sights, smells and sounds as the action unfolds.

Be prepared to be immersed and mesmerised into 17th century England. It is easy to find yourself hooked from the opening pages with  a story that is both compelling and gripping.

You do not have to have read Blood’s Game to enjoy Blood’s Revolution as the story lends itself to a standalone,  however, once read you will want to go out and buy the former.

Highly recommend not only for fans of Historical fiction but those who love a cracking adventure.